Since moving to Minnesota, I’ve been constantly seeking out highly rated parks and forests. Everyone talks about the “Land of 10,000 Lakes” and how we are further north than Toronto and I want to experience all of this glorious nature for myself.

I had heard good things from my coworkers about Minneopa State Park and also read about it on a list of “12 Top-Rated National & State Parks in Minnesota.” It’s only a little over an hour drive from Minneapolis so it’s an easy day-trip. Do I even need to mention that this is dog-friendly? Do I go ANYWHERE without my 4-legged girl? Nope.

Minneopa State Park is divided into two parts because it was originally established to preserve Minneopa Falls and later expanded to include the prairie land. After sitting in the car for over an hour, it’s time to stretch you legs with a short hike to the falls. Minneopa Falls is actually a double waterfall and one of the biggest in Southern Minnesota. A walking bridge takes you between the two levels of the falls and there are stairs that lead down to a path if you want a closer look at the raging waters.

The Bison Conservation Area was created in 2015 to help preserve the genetics of the bison population which has become tainted with cattle genetics as the majority of bison in North America are being raised for meat. Take a drive through the large enclosed prairie and keep your eyes peeled for the herd. We visited on a rainy Saturday and there were only a few other cars there so we were able to park and watch the bison eat…and poop. That’s really all they did but they are beautiful creatures.

At the end of the bison drive is Seppman Mill. The mill was built in the 1860s by a German immigrant and used wind power to mill grain into flour. It sits atop a hill where you can look over a large portion of the bison preserve. 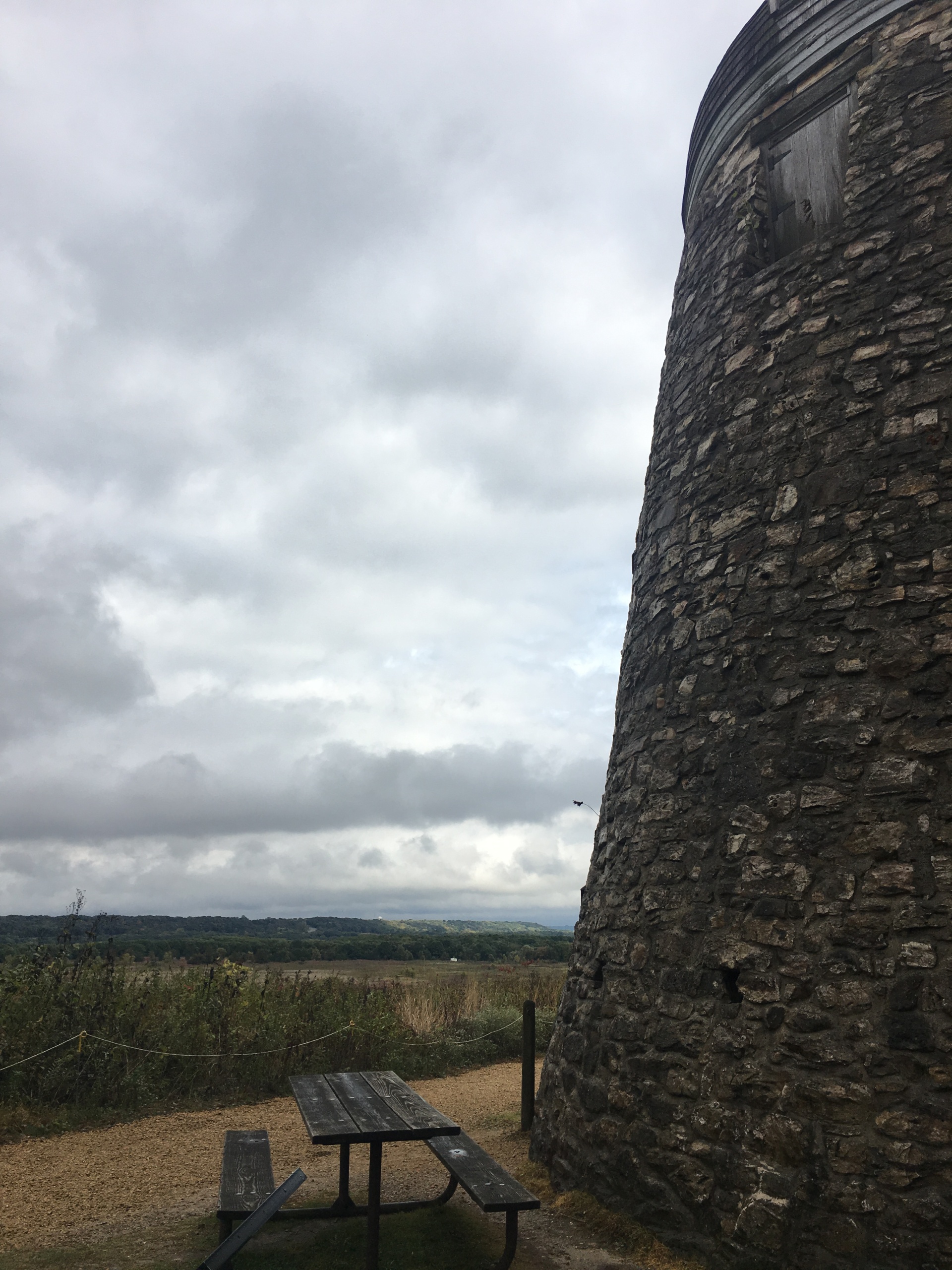 By now, you may have built up an appetite. I recommend doing the 10 minute drive back to Mankato to pick up some Pagliai’s Pizza.  It’s the highest rated restaurant on TripAdvisor and apparently the “best pizza in Mankato” and I can vouch that the Garden Pizza did not disappoint.

This wasn’t a true day trip fo us because we ended up camping in the State Park for the evening (and listened to trains and coyotes all night.) There are a lot of nice hiking and biking trails in the area as well and you may want to burn some calories before hitting up my next suggestion.

Whether you stay the night or turn back towards the Cities, you can’t miss the bright yellow dome-shaped building and giant sign for Minnesota’s Largest Candy Store off of US 169. From a distance it appears to be a giant yellow tourist trap but they really do have the largest selection of candy and sweets I’ve ever seen. Anything you can think of from any country around the globe.

We picked up a bag of cheesecake caramel corn (because we are popcorn addicts) and a giant S’mores peanut butter cup (because…s’mores) but they had EVERYTHING. A lot of their goods were seasonal, like pumpkins and apple crisps. They also apparently have the largest selection of puzzles in America which me and anyone over the age of 65 could appreciate.

Well, there’s my guide to taking a day trip to Minneopa State Park. The guide you didn’t ask for and didn’t know you needed. :) Until next time! 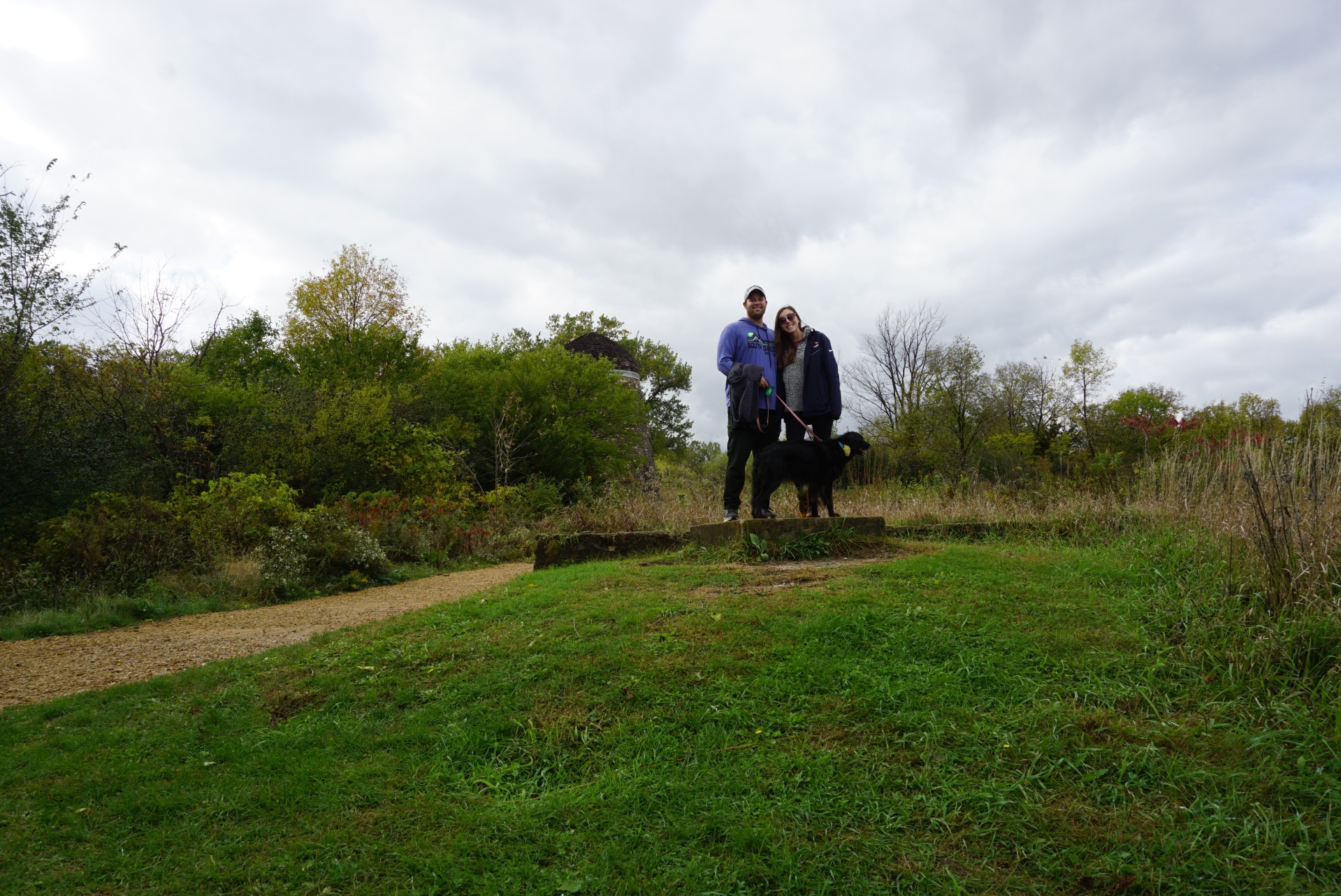