I am a huge Harry Potter fan (who isn’t?!) and as a diehard Potterhead I knew I’d make it to the Wizarding World of Harry Potter eventually. My opportunity arose when I was asked to be a bridesmaid in a Florida beach wedding. My fellow bridesmaid and travel bestie Lindsay and I decided to extend the trip beyond wedding weekend and add a stop in Orlando to visit Disney World and Universal Studios.

I’ve already uploaded a post about my 31-year old lady’s first impressions of Disney World and you can check that out here if you missed it. But today were here to talk about Universal Studios and more specifically the Wizarding World of Harry Potter.

Lindsay and I only had one day at Universal Studios so we arrived raring and ready to go and headed straight for the Diagon Alley area of the park. It took us a little while to find it. They did a good job of making it authentic because it’s located behind a brick wall just like in the movies. 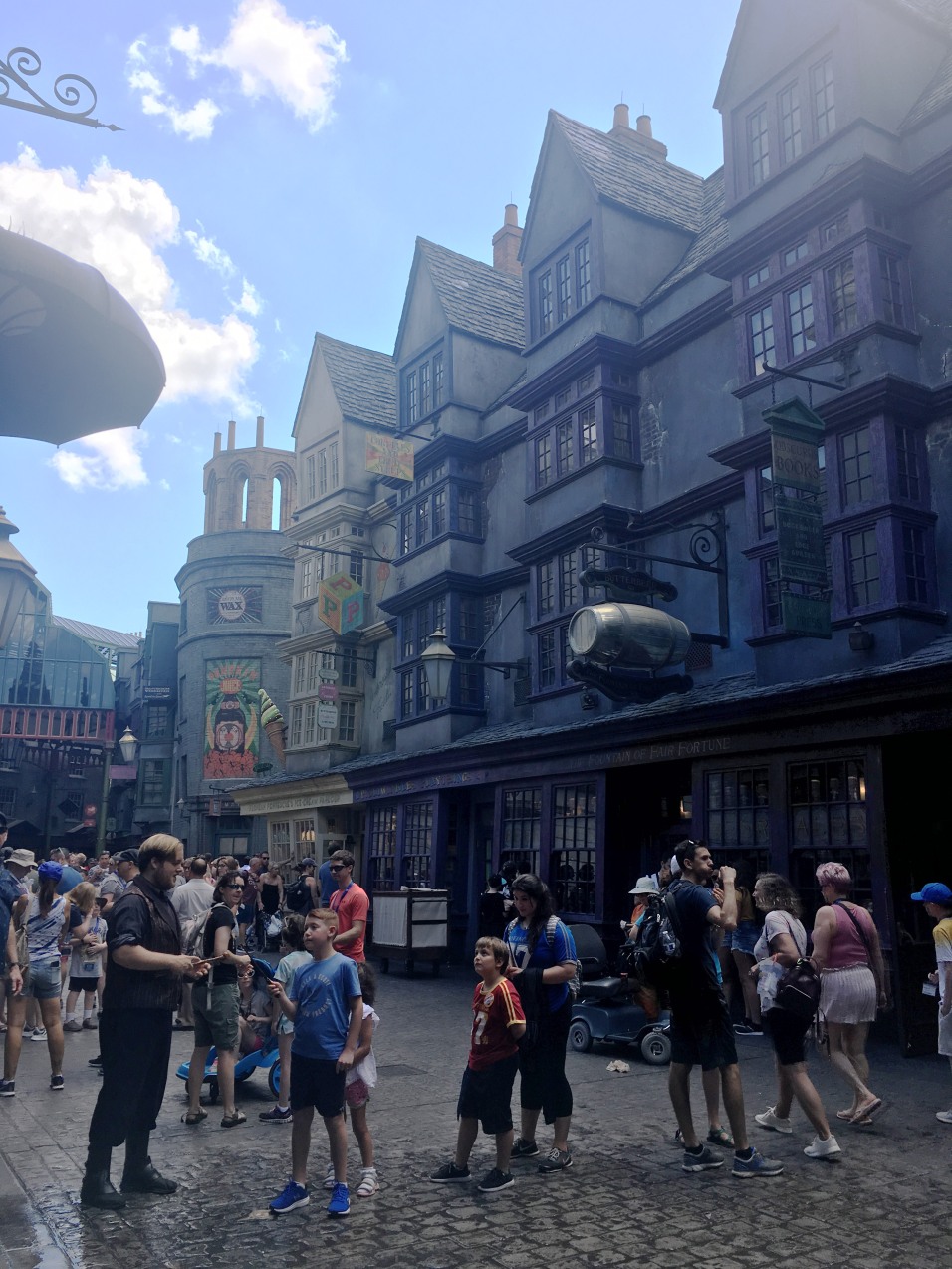 Our excitement waned a little when we saw how insanely packed it was with people. It was a little overwhelming but we still enjoyed taking in all of the details they put into the Harry Potter world. The dragon at Gringotts actually breathes fire and there are all of the shops you’ve read about in the books where you can purchase every type of wizard paraphernalia imaginable. 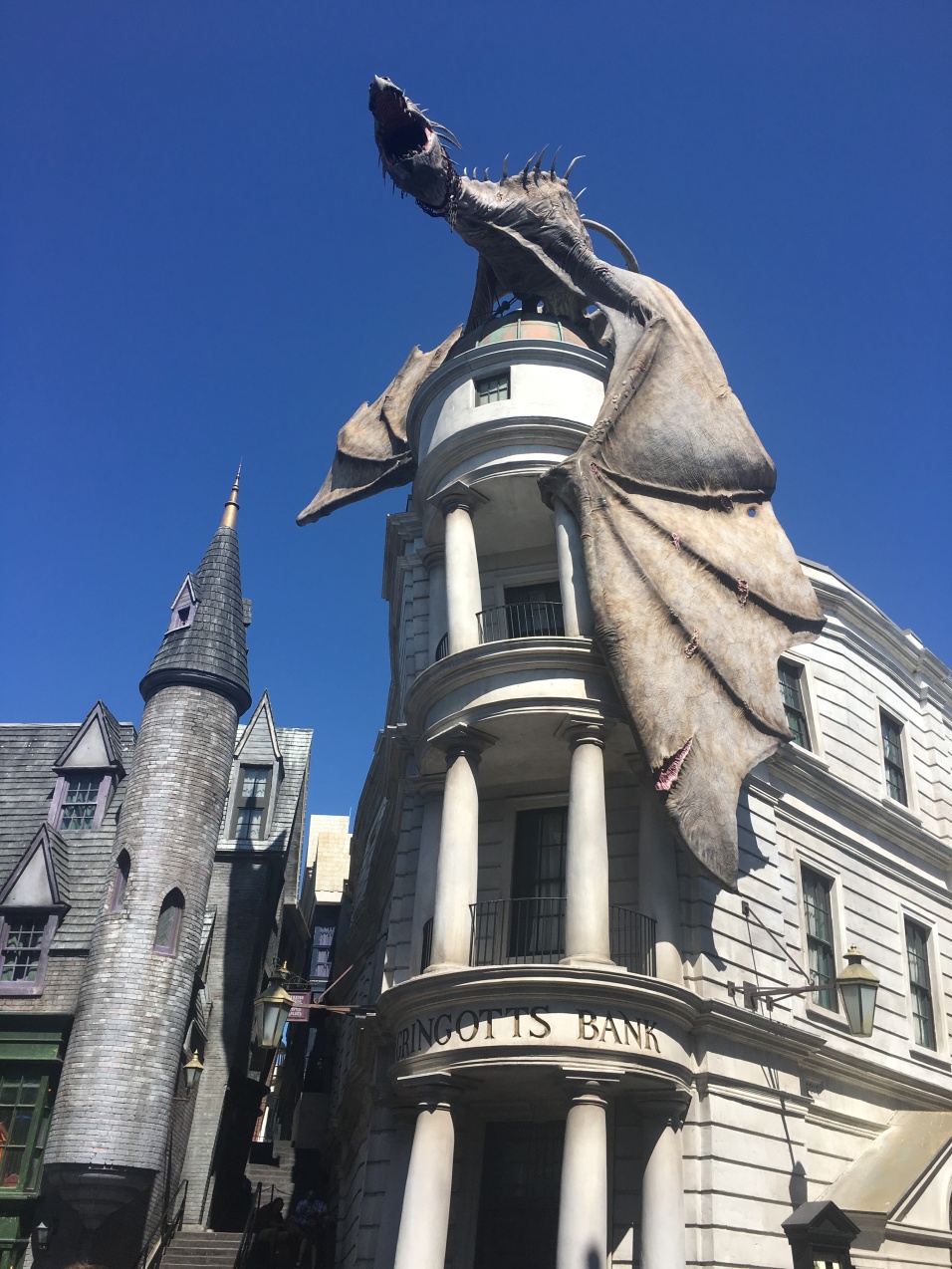 First things first, we purchased our interactive wands (pictured below) and a butter beer. The butter beer was a little too sweet for my taste but it was definitely worth the experience. I would recommend purchasing one interactive wand for your entire group to share. They are quite pricey and only one person can cast the spells at a time anyway.

I also recommend purchasing Express Passes to skip the lines, especially if you are only in the park for one day like we were. We used ours to skip the line for the Gringotts ride TWICE, and it was definitely my favorite Harry Potter themed ride of the day.

We decided to escape the craziness of Diagon Alley and hopped on the Hogwarts Express over to Hogsmeade. Unfortunately, Hogsmeade was even more crowded than Diagon Alley. We were able to use Express Passes to ride the Flight of the Hippogriff and Forbidden Journey ride within the Hogwarts castle but the crowds and the heat were a little too much.

I didn’t take as many photos as I would have liked before we made our escape to the rest of the Universal Studios park. Here the crowds were much more manageable. We started riding every rollercoaster and water ride we came across. It was an absolute blast. It was a hot day and we got drenched on a few of them, but it was totally worth it and I felt like a kid again.

After we had experienced virtually every attraction in the park, we made our way back to the Wizarding World of Harry Potter a few hours before the park closed. By this time, the masses of people had moved on for the day and we were able to spend some quality time casting spells, buying sweets and taking in the world in more detail. I still can’t believe how realistic and beautifully done the park is. 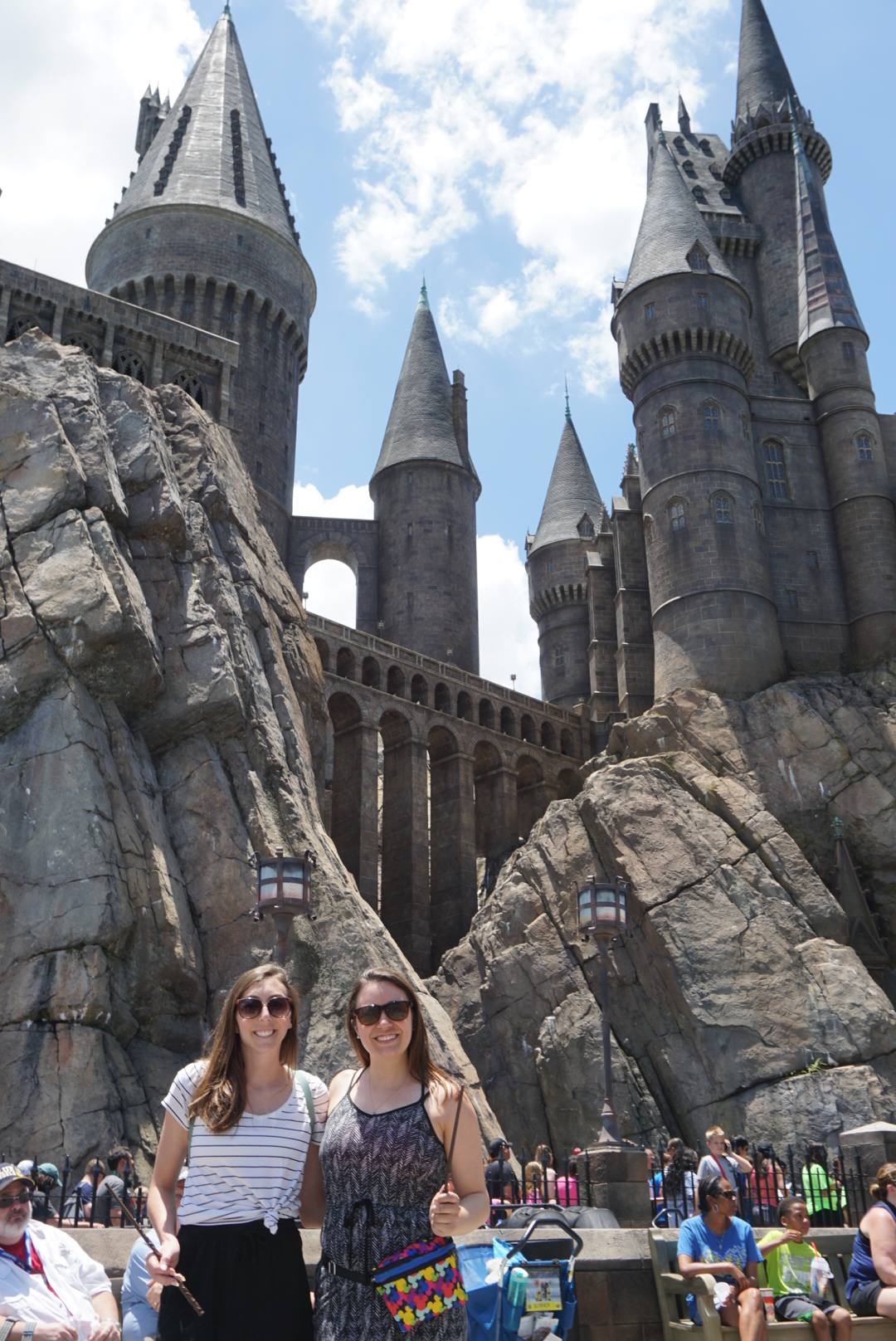 If you’re a fan of the Harry Potter movies or books, the Wizarding World of Harry Potter is an absolute must see. I’d recommend waiting until the afternoon to go to Hogsmeade or Diagon Alley once the crowds start to thin because you’ll be able to appreciate the beauty of it so much more. I heard they opened up a new rollercoaster called Hagrid’s Magical Creatures Motorbike Adventure and now I think I might have to go back!