Here in the Midwest, we have long and grueling winters but when we finally make it to summer, there’s no better place to be. Although I grew up in Michigan and lived in Chicago, this will be my first summer in Minnesota and there is so much I want to see. The landscape here is reminiscent of Northern Michigan, with endless rocky lakes, rivers, caves and bluffs to explore and after being buried under snow for months I don’t let a single summer day go to waste.

I decided to put my Minnesota State Parks annual pass to use and take a day trip to Interstate State Park in the city of Taylors Falls. Taylors Falls is about an hour drive from Minneapolis and is a popular stop along US Highway 8 right on the St. Croix river and across the way from Wisconsin. There aren’t actually any waterfalls here, just rapids. There is however camping, canoeing, rock climbing and a steamboat tour but my dog Audi and I were there to check out the glacial “potholes” and the hiking trails. 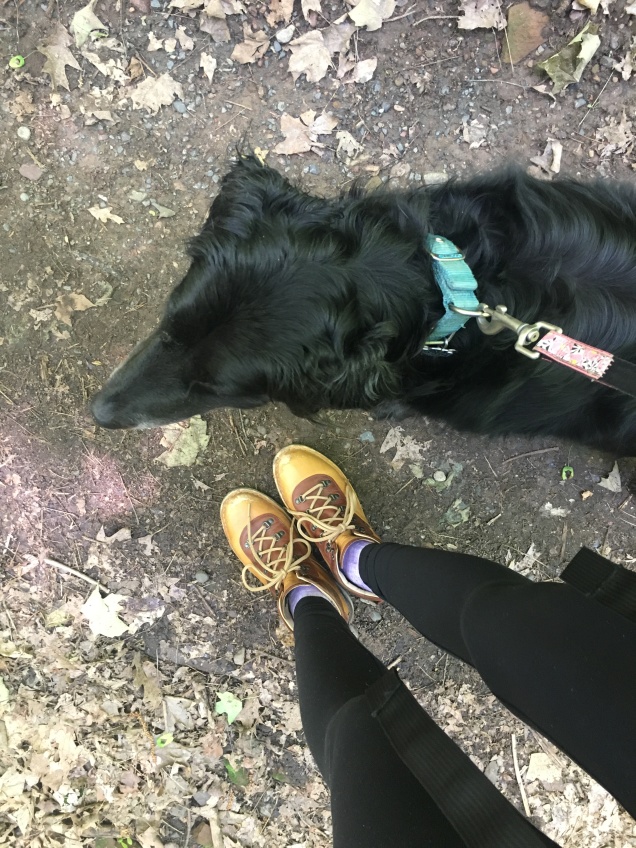 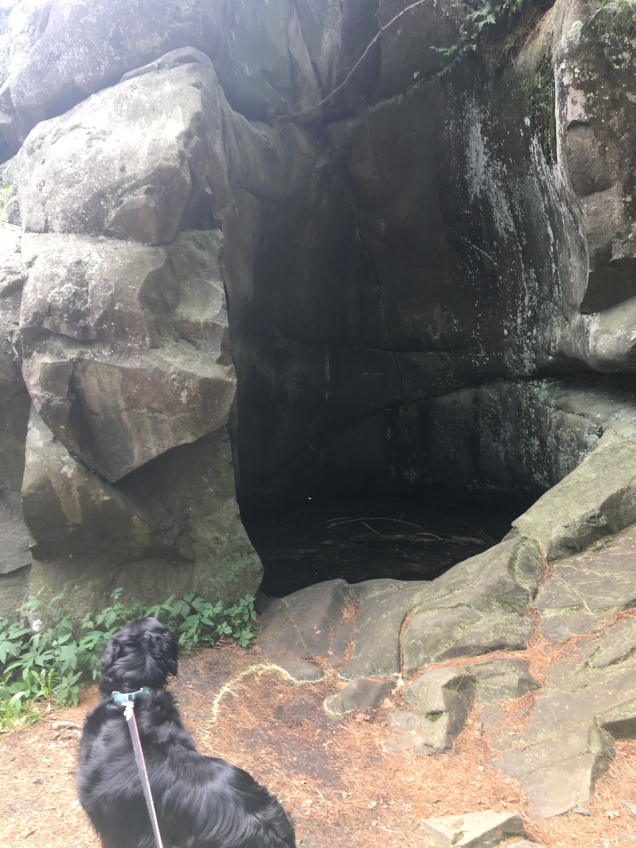 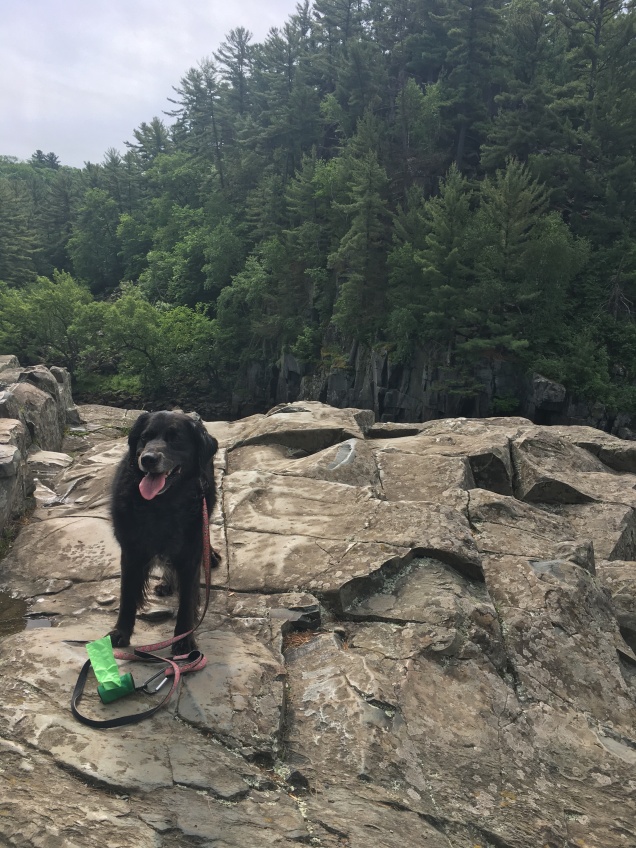 The glacial potholes were very interesting and it’s hard for me to explain what they are exactly so I found the Minnesota DNR’s explanation for you:

About 1.1 billion years ago, earthquakes erupted from Taylors Falls to Lake Superior and caused at least 10 different lava flows. The hardened basalt rock from these lava flows partly formed the Dalles of the St. Croix and the bottom of the river. From 530 million years ago up until 70 million years ago, the state was washed by advancing and retreating seas. Evidence of these ancient seas is revealed in the sedimentary rocks and formations found in the park. These rocks contain fossil remains of ancient animals, evidence of various creatures, and ripple marks left in stone by the now vanished seas.

There have been many different St. Croix Valleys through the ages. The first formed about 70 million years ago and current valley formed about 10,000 years ago. A glacier formed both Glacial Lake Duluth, now Lake Superior, and Glacial Lake Grantsburg, now extinct. Glacial Lake Duluth was much larger than modern day Lake Superior. As this giant body of ice thawed, its meltwaters roared south to carve out the broad valley of the St. Croix. Only very resistant basalts were able to partially withstand the torrent, resulted in the dalles, potholes, and cliffs we see today.

So basically, the rocks were formed by lava and then carved by glaciers and the potholes were created by the rushing water. I read on a sign that many years ago when the State Park was being established, workers had to remove sand and sediment from the potholes to create what we see today.

The potholes were definitely the most popular area of the park and after exploring them for a bit, we hit the hiking trails and mostly had them to ourselves. We started with a 1.25 mile hike on the River Trail to the south end of the State Park where the campground and boat launch are located.

Audi and I took a quick snack and water break and then continued on the Sandstone Bluffs Trail. The Bluffs Trail was actually kind of difficult with lots of straight up and straight down steps but we did get to see what was left of a waterfall in the sandstone.

We then walked our third and final trail of the day, the Railroad Trail all the way back to Taylors Falls and the park entrance about 1.5 miles away.

All-in-all it took us about 3 hours to see the potholes and hike all the trails while making frequent stops to enjoy the scenery. If you’re looking for day trip from the Twin Cities or find yourself driving through Taylors Falls, Interstate State Park is definitely worth a stop. 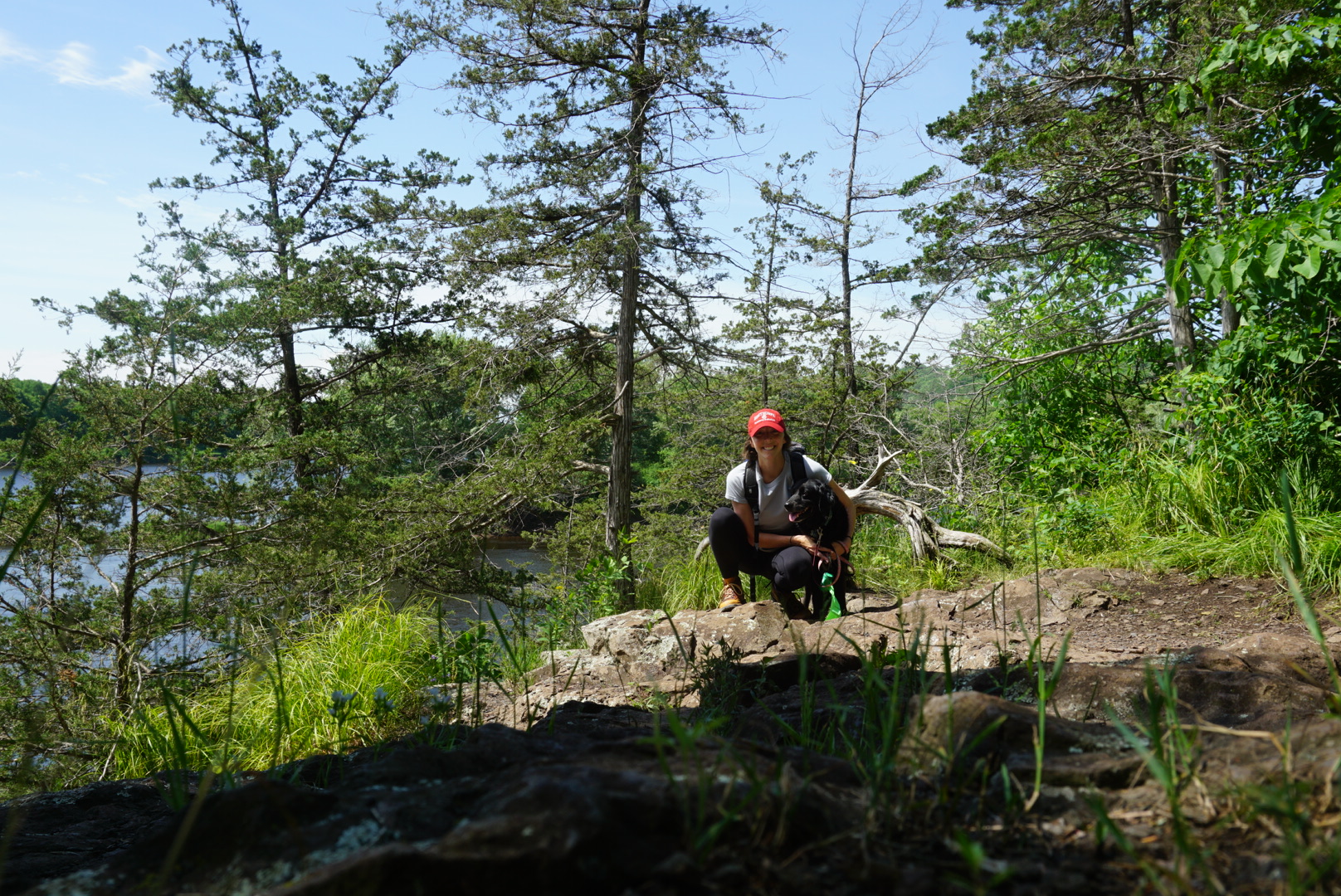 Swinging right past my birthday this year 🐸 🎂