A lot of spontaneity goes into the trips that my two best friends, Sam and Lindsay, and I take. A few years ago it was a random night that we got together and booked tickets for a 5-day cruise through the Caribbean. This was my first cruise and I learned a lot through a series of ‘wins’ and ‘fails’. 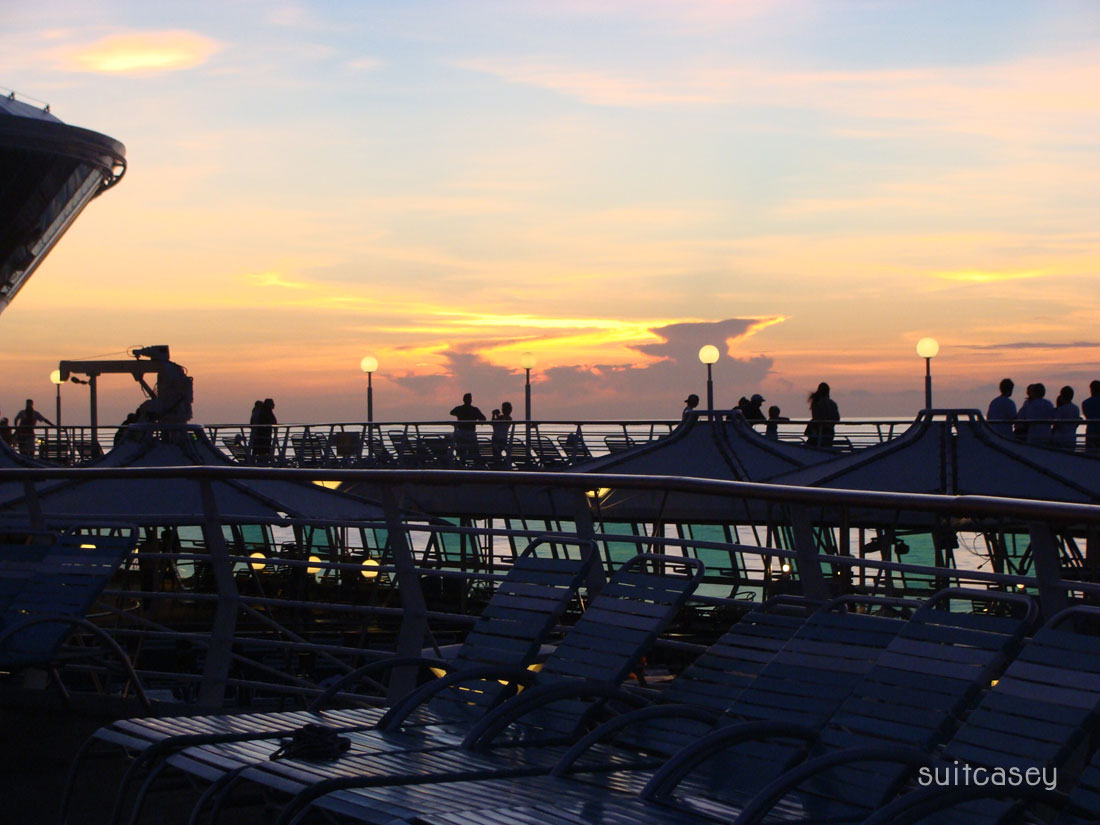 We chose Royal Caribbean because we were hoping to avoid an overwhelming family atmosphere, a.k.a. screaming kids. It was October and technically still “hurricane season” but I guess we were willing to risk it to avoid the chaos of unattended children. In the end, the seas couldn’t have been smoother so it was a really good decision.

We flew Spirit Airlines from Detroit to Florida. Those of you who have flown with Spirit probably already know how horrendous they are. We, like most of their victims,  booked because it was cheaper but we learned that there is a 100% chance that your flight will be delayed and they will nickel and dime you until the price really isn’t that much better than a more reputable airline. Flying Spirit Airlines is a mistake I’ll only make once.

Once we weighed anchor and left the harbor our first full day was at sea. On the second day we stopped in Grand Caymen.  We hopped into a super shady looking cab and went to Seven Mile Beach. It was breathtaking! Of course, being lifetime cheerleaders, we had to do some acrobatics on the sand but we mostly just walked the beach, relaxed and enjoyed the warm and beautiful ocean.  You can’t really mess up Seven Mile Beach. 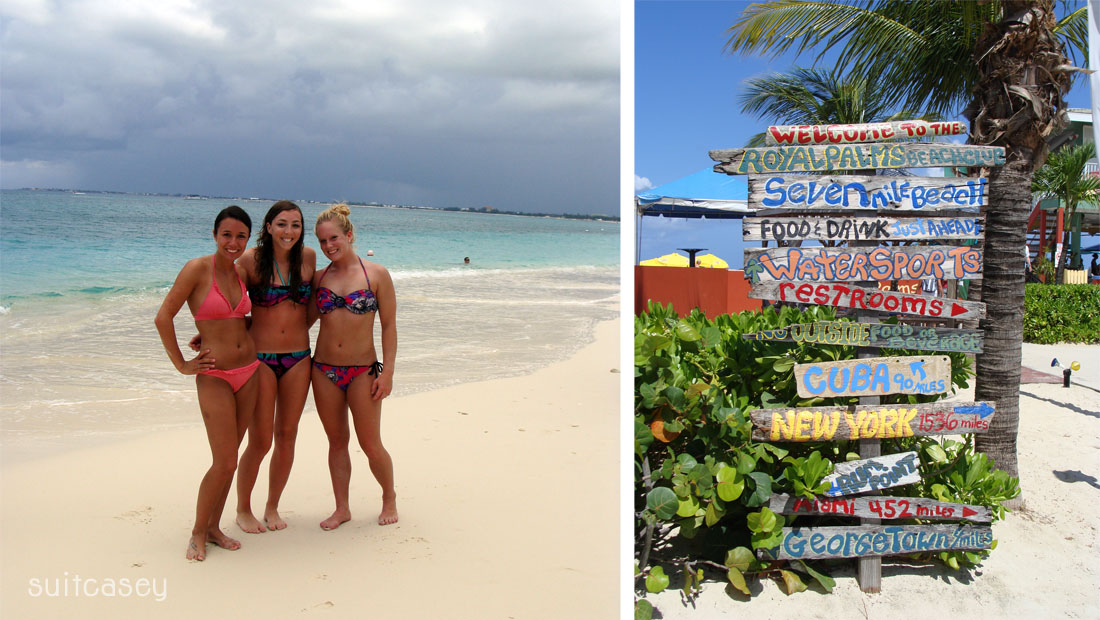 Cocktails were by far the most expensive part of the trip. I recommend looking into a cruise that offers unlimited drink tickets if you’re going to booze it up as much as we did. It was definitely worth it because by the time we were on the ship and in the Caribbean we weren’t not going to drink adult beverages. It was basically why we chose a cruise over some other vacation that required us to be sober.

After another full day at sea we stopped in Cozumel and this time we went on a dolphin-discovery excursion to Chankanaab National Park. It was a once-in-a-lifetime chance to swim with dolphins and a manatee. We also saw a sea lion show where Sam met her new boyfriend.

Once we had exhausted ourselves at the marine-life excursion we grabbed a cruise line provided shuttle back to port. We had some time to kill before we we had to re-board the ship so we got a little Mexicrazy at Senor Frogs. 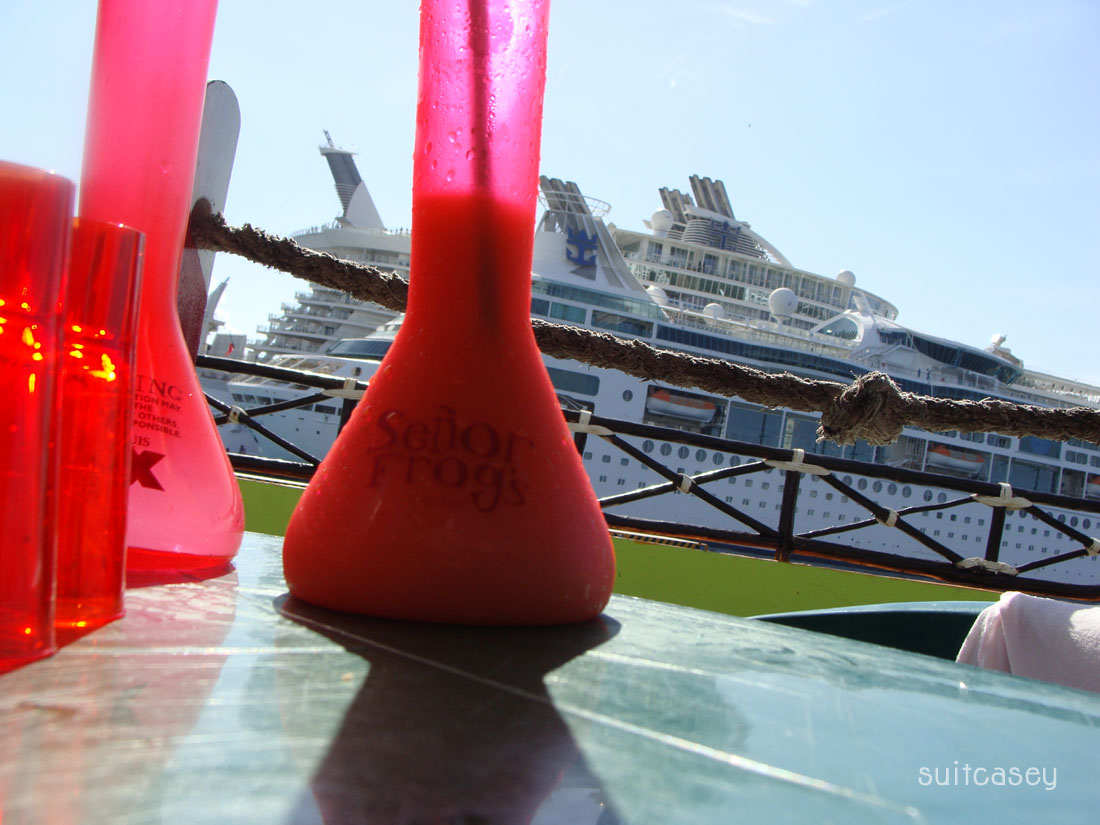 Entertainment Without an Incapacitating Sunburn – Win

We couldn’t spend more than a few minutes out in the sun before one of us would spontaneous combust so we found that there was a lot of great entertainment offered on the ship. Eating was one of my favorite activities.  Meals were mostly semi-formal and it was a lot of fun to get dressed up and act like proper ladies.

As far as ship-provided entertainment, we went to a comedy show, a song and dance show and participated in the ancient Japanese art of karaoke. Our ship also had a rock climbing wall and that was our last activity of the cruise before we arrived back at Florida.

The major downside of any cruise is constantly being on a schedule. They tell you when to board, when to eat and where you’re allowed to go. But if you want to leave the stress of planning activities and figuring out meals to someone else, a cruise is by far one of the easiest vacations you can take.

I would definitely recommend Royal Caribbean especially if you’re looking to avoid an overwhelming family atmosphere. The cruise staff was over-the-top accommodating and just a pleasure to be around. We met a lot of fun young people, ate some delicious food and had an overall amazing experience.

One thought on “The Girls: Caribbean Cruise Edition” 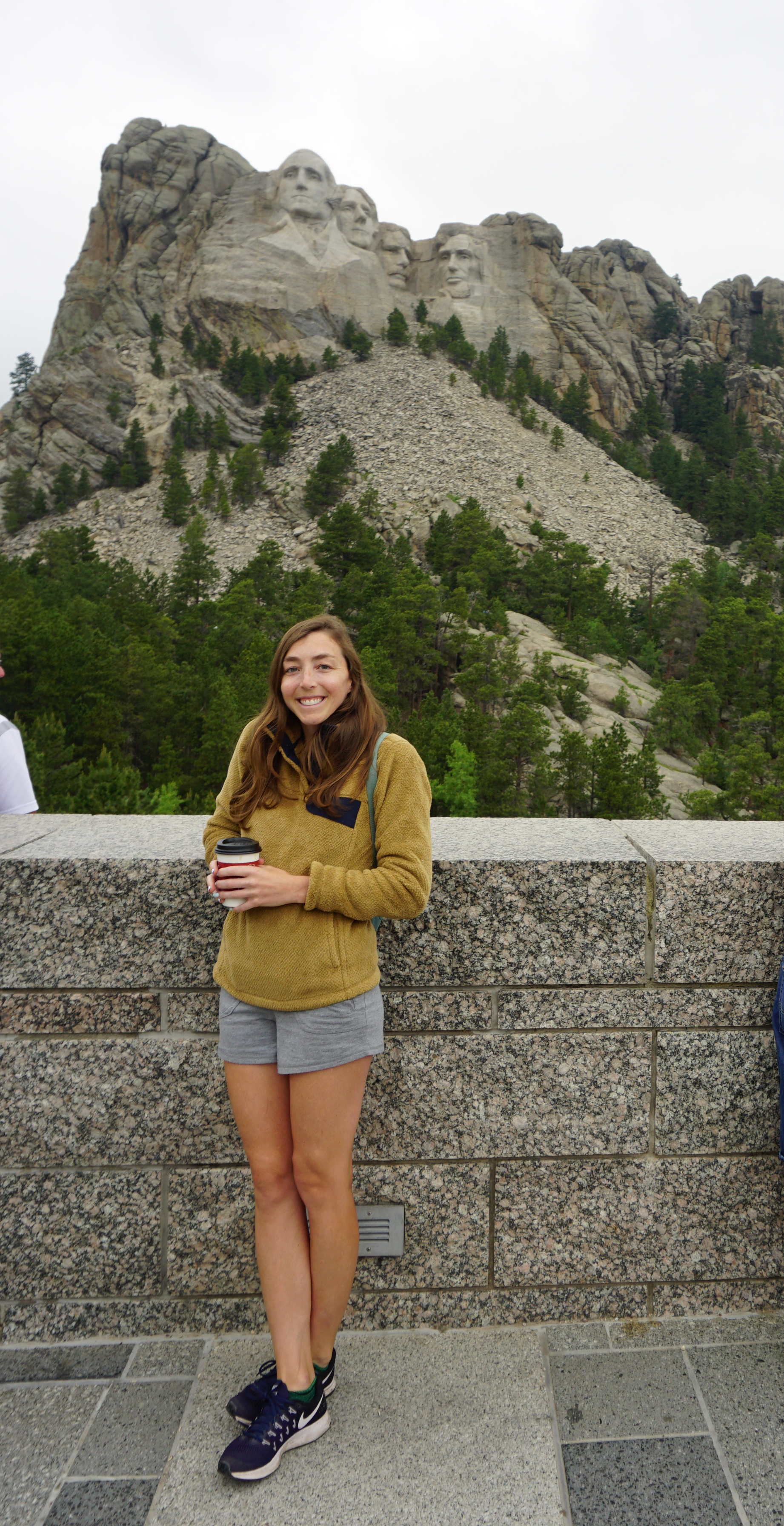